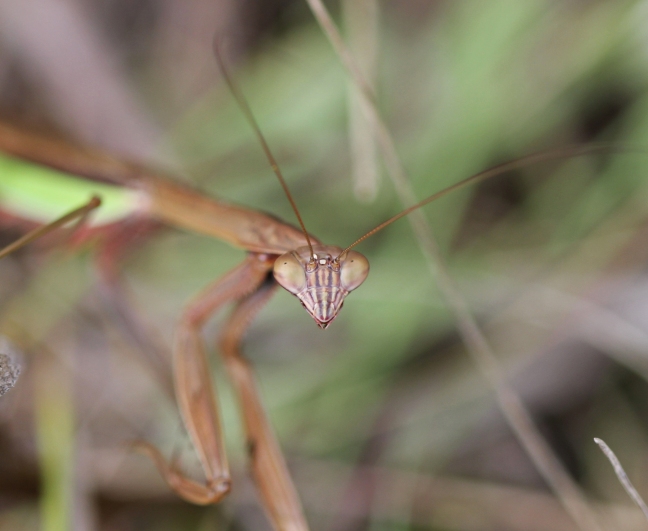 Again today I’m turning the spotlight on our insect visitors because they’re just so darn photogenic. We’ve been very fortunate to have a number of praying mantises this year (even more fortunate that we’ve actually been able to spot them, which is always the real challenge). 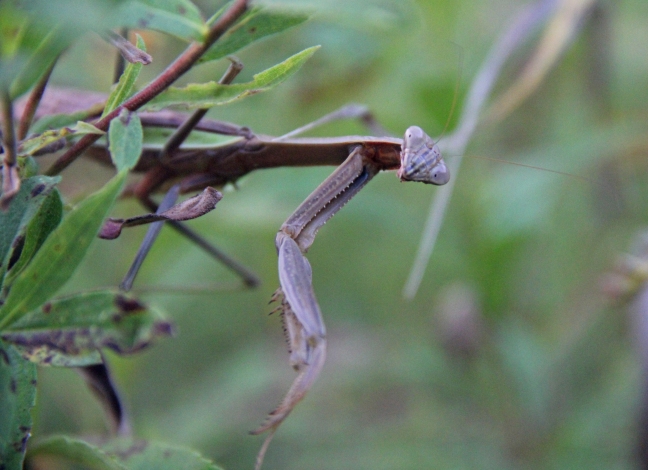 Since their camouflage defense works best when they remain perfectly still, they make ideal models. As long as they don’t perceive the photographer as a threat (no sudden movements, please) they’ll stay perfectly still. This little guy was so still, I began to wonder if he was dead. Then I moved my position slightly and watched as he turned his head to keep an eye on me. 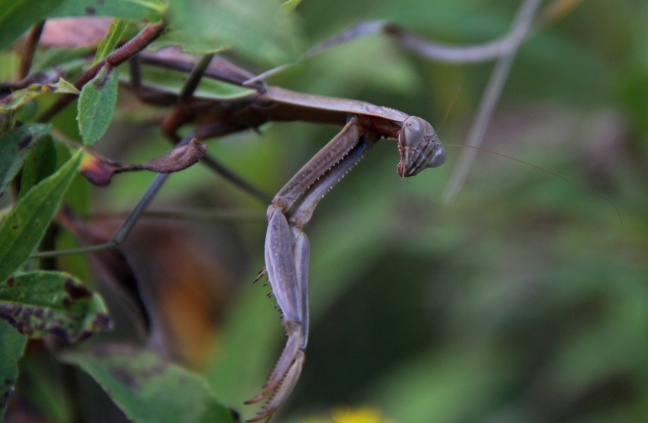 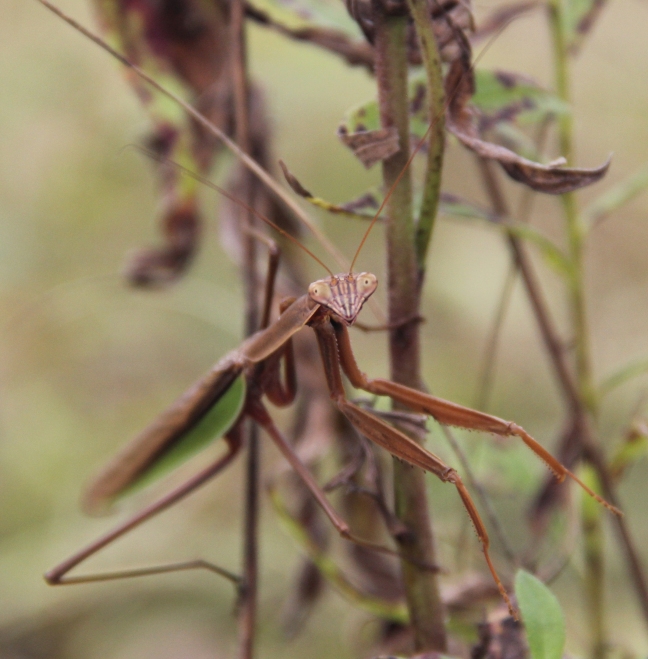 I thought this grasshopper was really pretty cool… 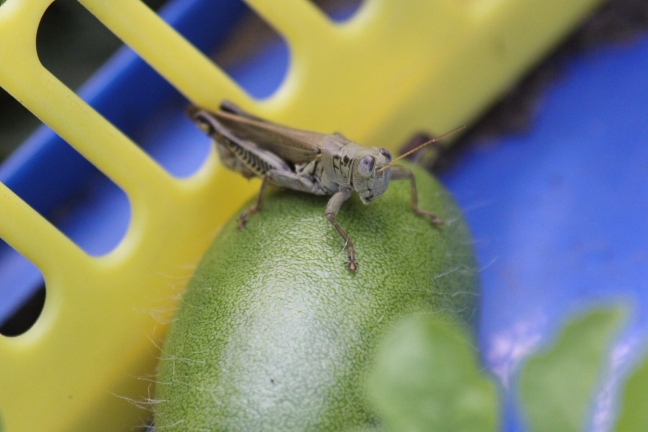 Until I realized he was busy devouring the only watermelon I’d been able to rescue from the groundhog. Then I gave gave him the boot (not literally). 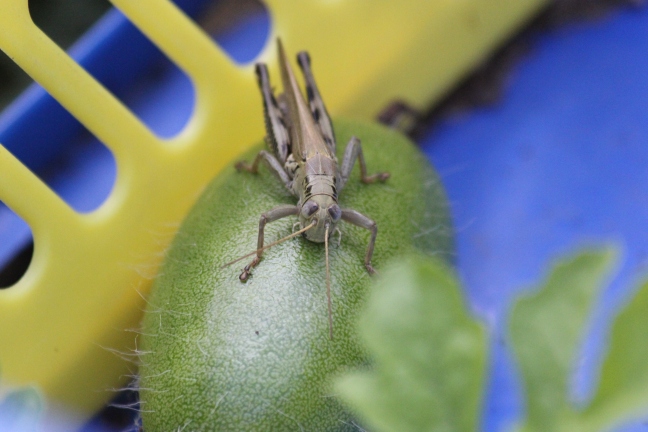 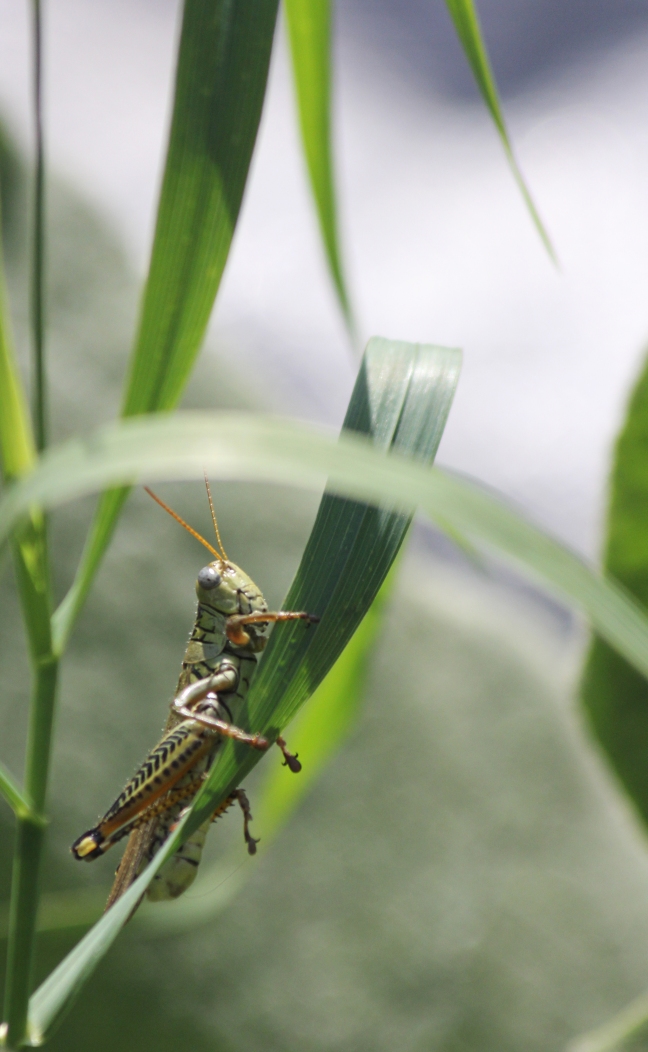 Every so often I find these odd little bug shells. I have no idea if this is something a living insect has shed, like a snake’s skin, or if it’s some sort of skeleton left behind after the insect has died. I just find them morbidly fascinating. 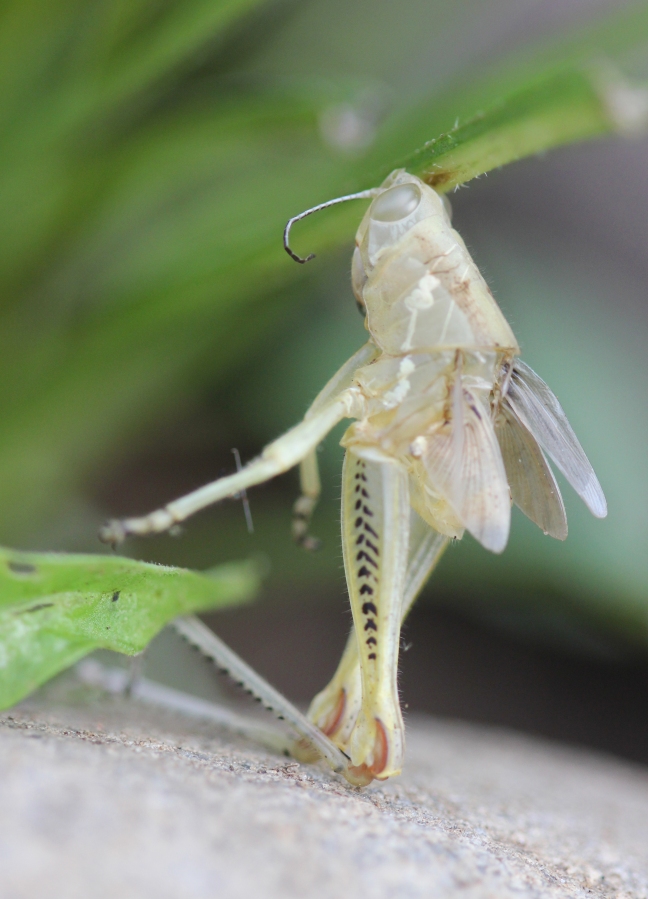 This caterpillar was cute enough to give me a foot fetish. 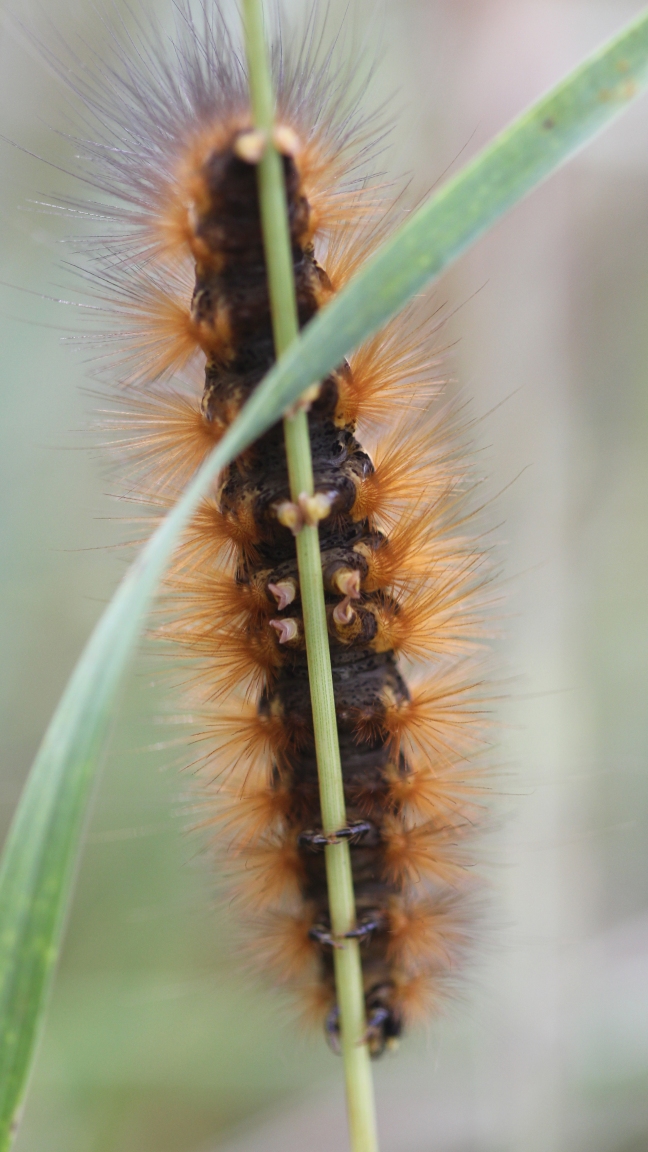 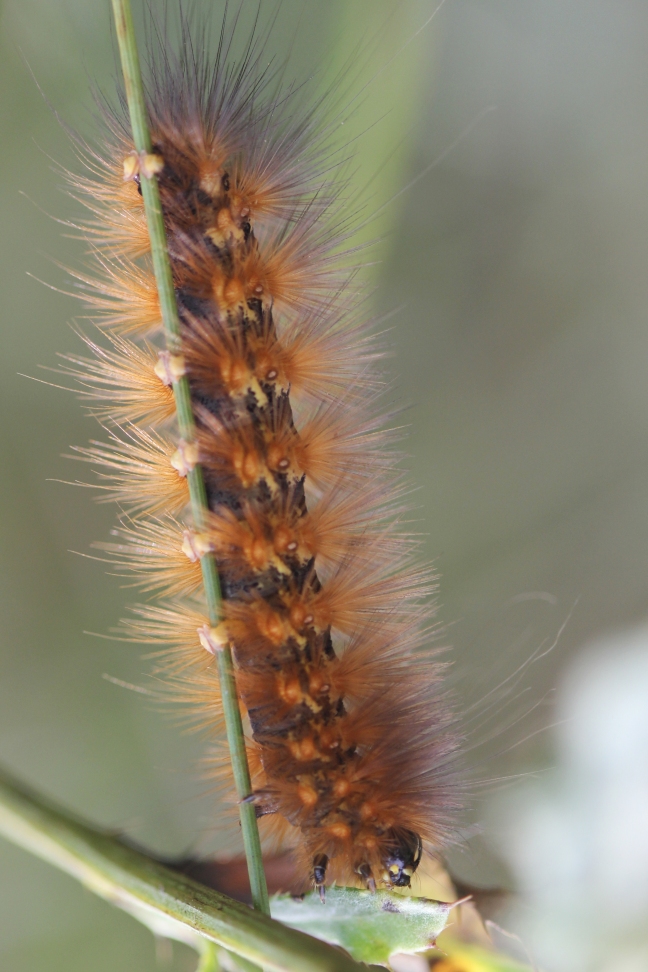